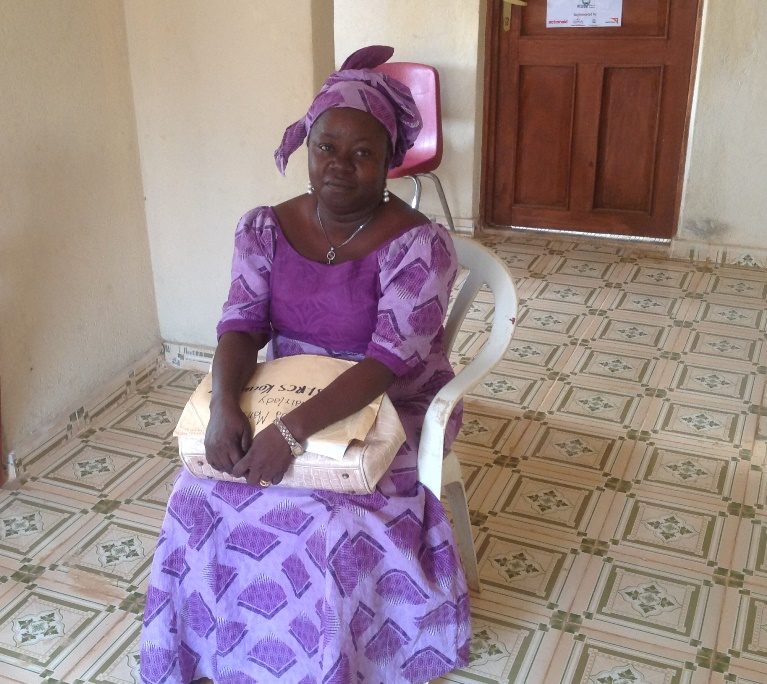 March 2017—As in most parts of rural Sierra Leone, women in Koinadugu district have been relegated to the background by broad social and cultural constraints. As a result, they are not just denied social recognition, but suffer economic and political disempowerment as well.

Sayon Mansaray, 42, is a social worker and former teacher in Koinadugu. A married mother of two, she is also a participant in the USAID-funded Women Empowered for Leadership and Development project. At training sessions last year, attendees, including traditional leaders and councilors, learned advocacy and leadership skills, and were taught how to cultivate and apply them.

After two years of repeated meetings and training on issues affecting the rights of women, Mansaray and other women have learned how to be bold and speak in public and stand for their rights. Traditional leaders and councilors have also received awareness training to sensitize other men on improving women’s rights. They were educated on the importance of women realizing their rights and the tremendous benefits female participation and involvement in community decision making would bring.

They were also shown how granting land inheritance and ownership to women would positively influence family income, as women can freely engage in farming and selling farm produce to increase household earnings.

Mansaray practiced and applied what she earned in the training sessions and can now speak to large crowds of women to educate them on their rights.

“Now, a new dawn begins to unfold for the women and girls in Koinadugu district,” says Mansaray. “It was a taboo here for a woman to inherit or purchase land, or even rent a house in her own name, stand for a political position or speak in men’s meetings. Today, thanks to this project, all this has changed. Right now, I’m not only a political aspirant, but also a land and livestock owner. We are grateful to USAID.”

The Women Empowered for Leadership and Development project, which runs from 2014 to 2017, is designed to promote gender equity in Sierra Leone by improving women’s health and their involvement in the political and economic sectors. To date, hundreds of women entrepreneurs and political aspirants have benefited from training, and thousands have received loans from savings groups established under the program.