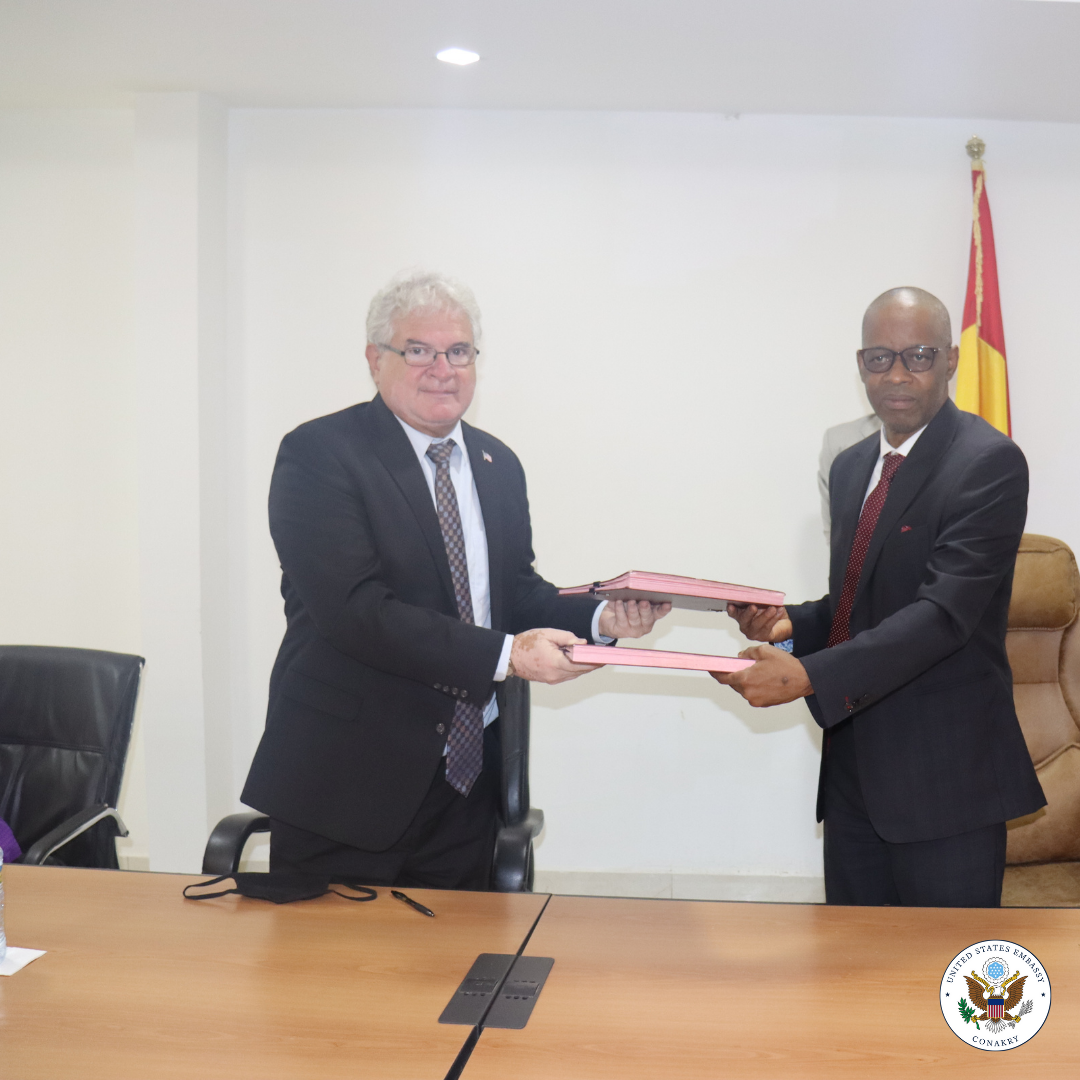 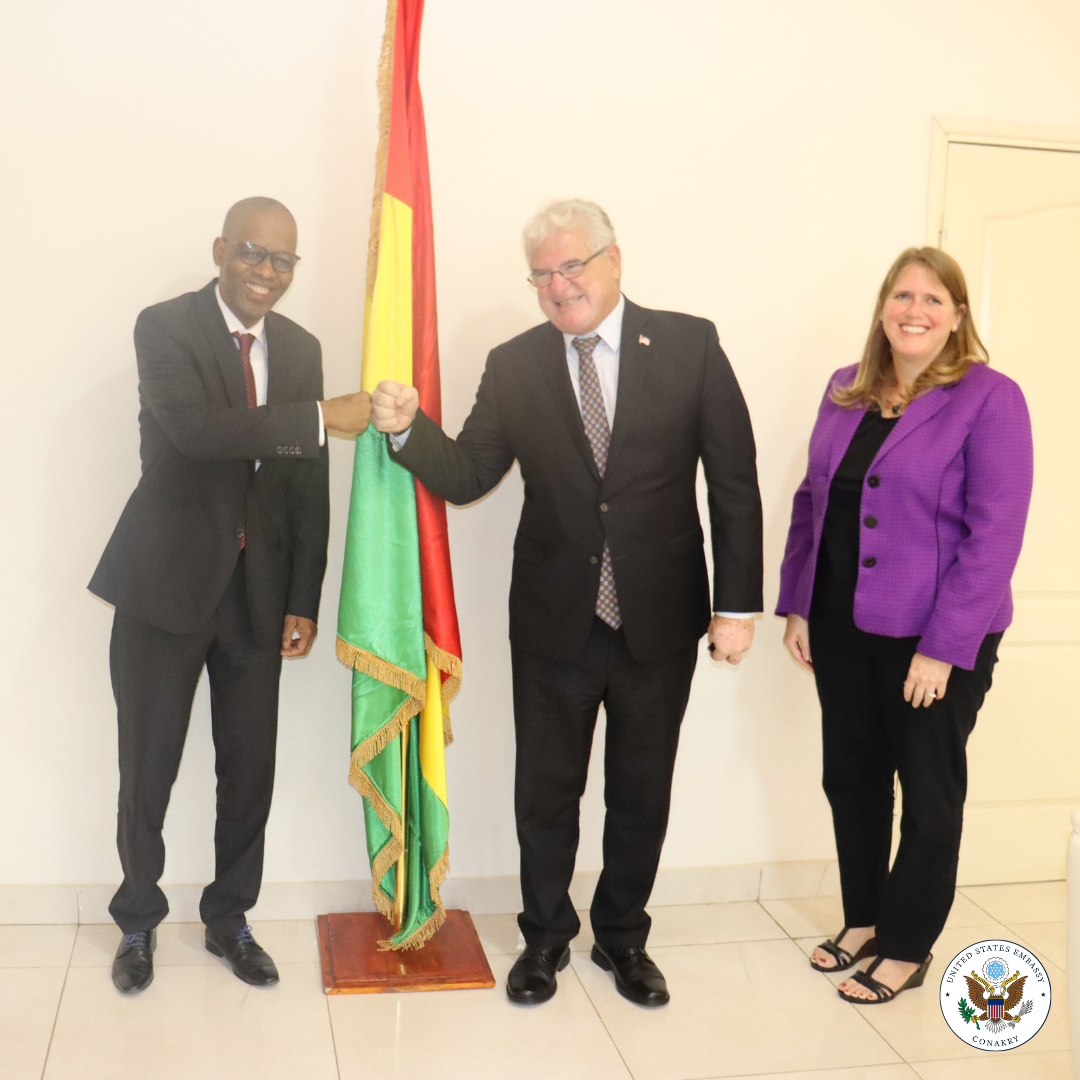 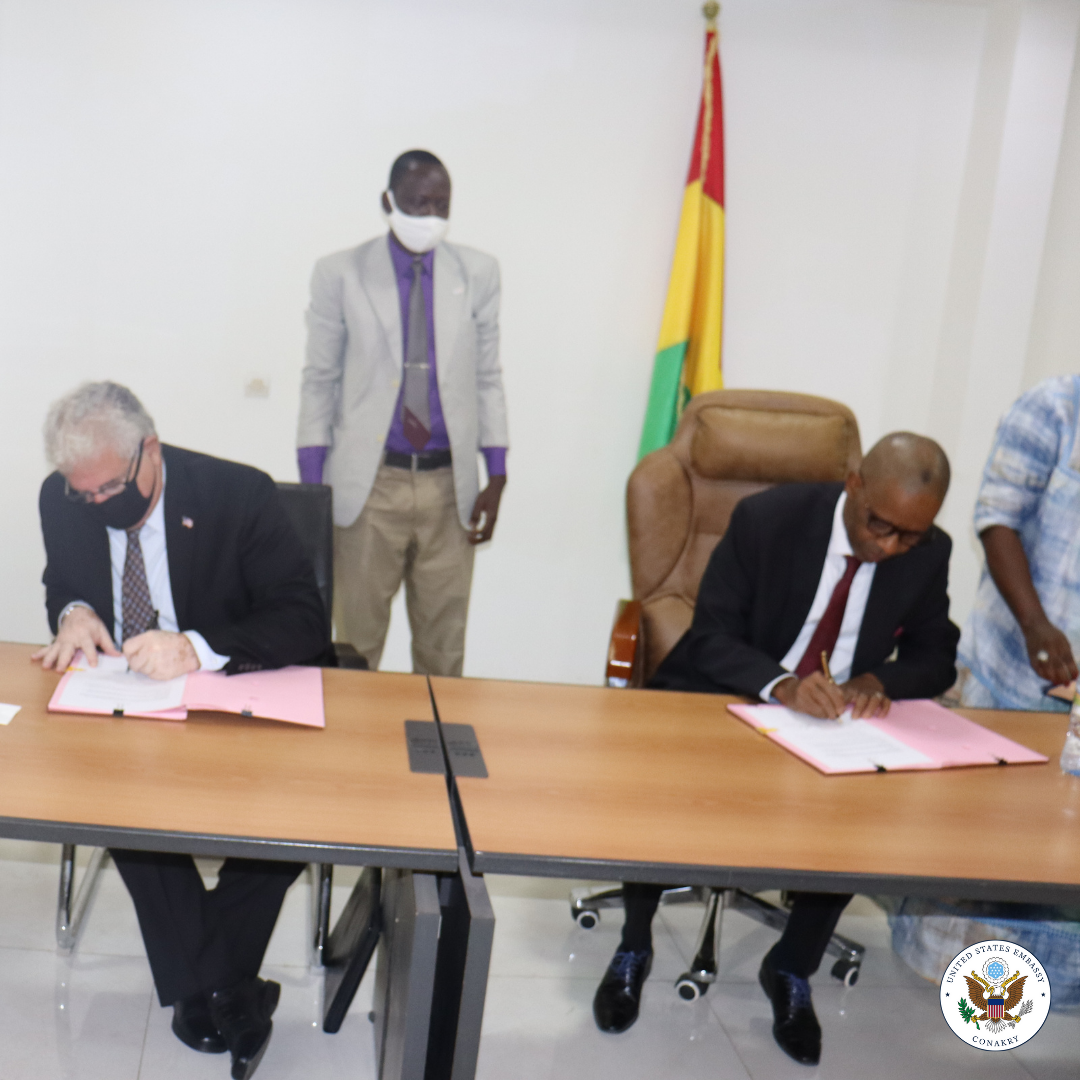 The United States, through the U.S. Agency for International Development (USAID), is providing more than $23 million in assistance to support the strengthening of local governance and health care system capacity in Guinea. The grant assistance will be used to support local governance, maternal and child health services and the fight against malaria.

On June 04, 2021, Steven Koutsis, Chargé d’Affaires, a.i. of the U.S. Embassy in Guinea and Mr. Amadou Thierno Diallo, Minister of Cooperation and African Integration, signed Amendments No.15 and No.16 to the Development Objective Grant Agreements (DOAGs) on behalf of their respective governments.  The Chargé d’Affaires, a.i. was accompanied by Kendra Schoenholz, Director of the USAID Mission in Guinea.

Through these amendments, USAID grants Guinea:

Since 2015, USAID has provided a total $167 Million U.S. Dollars under these two grant agreements, demonstrating our long-standing partnership.

Minister Diallo highlighted the importance of the U.S. Guinean relationship during his remarks, stating “It should be noted that the United States government has been at Guinea’s side since the day after its independence. Despite the vicissitudes of history, USAID and other U.S. agencies have remained in Guinea to serve the people, often under extremely difficult conditions. This, in my view, is tangible proof of your country’s friendship and solidarity with Guinea in its struggle for sustainable development. According to Minister Diallo, “This signing ceremony offers me the opportunity to pay a heartfelt tribute to the American agencies coordinating and executing projects and programs, whose dedication has saved and improved the lives of thousands of Guineans,”.

The Chargé d’Affaires and the Minister reaffirm the commitment of the United States and Guinea to continuing their close cooperation with regards to Guinea’s development.