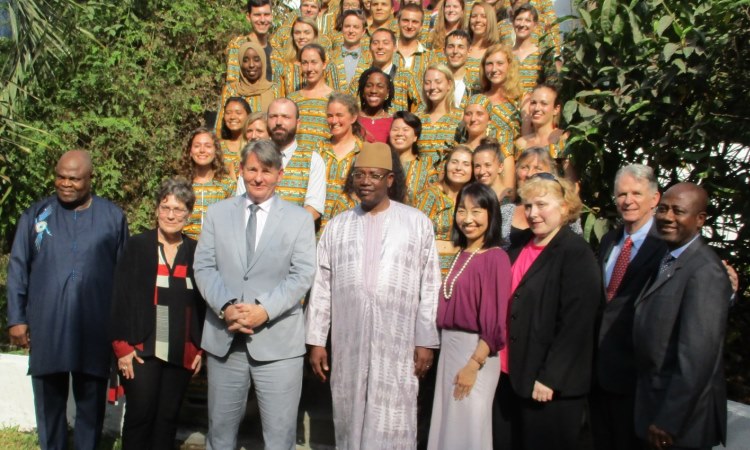 Ambassadeur Dennis Hankins administered the oath to 42 new Peace Corps Volunteers during their swearing-in ceremony on February 9.  These Volunteers headed to their worksites throughout Guinea over the weekend, where they will work in public health and agroforestry.  During the ceremony, some of the Volunteers made remarks in French, Soussou, Poular, Malinke and Kissi, an impressive feat after only a few months of pre-service training.  Ahmed Tidiane Sacko, Chief of Cabinet of the Ministry of Foreign Affairs and Guineans Abroad, congratulated the Volunteers and said he had seen how hard they worked during training, as their training site is located in his home village.  We wish the Volunteers all the best as they begin their new adventure, forming positive, lasting relationships with their host communities.