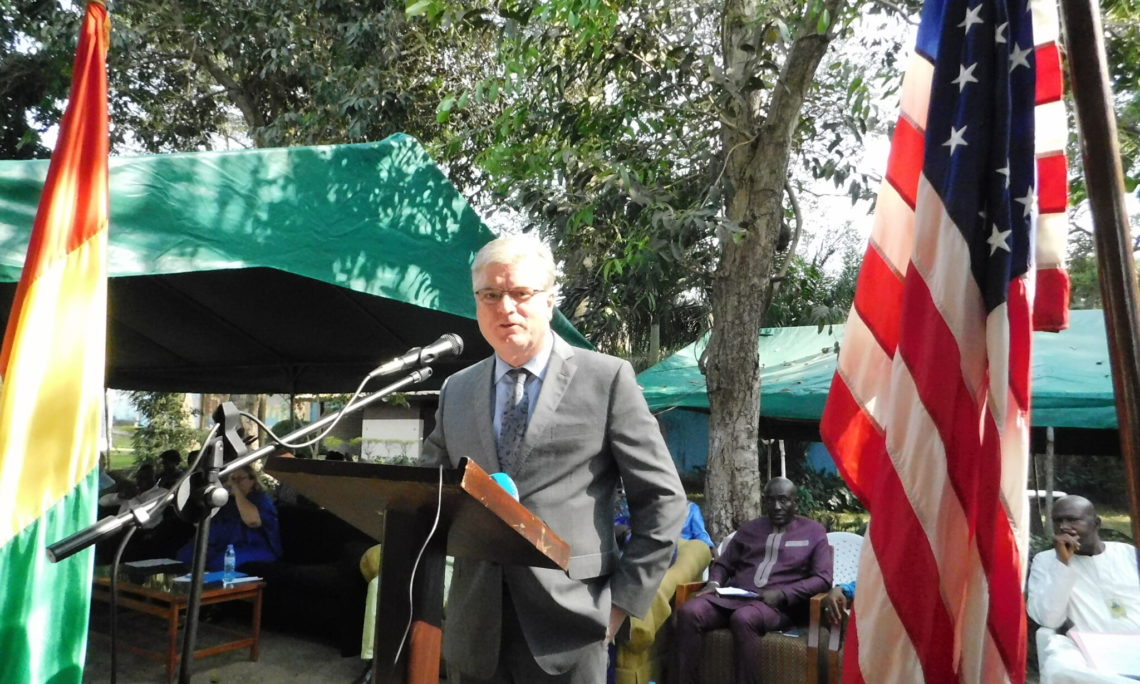 Thirty-six new Volunteers were sworn in on Friday, February 7 at the Peace Corps headquarters.

The ceremony was presided over by Ambassador Simon Henshaw, in the presence of Mr. Mohamed Camara, Secretary General of the Ministry of International Cooperation, by Mr. Yomba Sanoh, Director General of the National Agency for Youth Volunteering at the Ministry of Youth and Youth Employment, and several executives of the Embassy of the United States in Guinea.

Yomba Sanoh, Director General of the National Agency for Youth Volunteering at the Ministry of Youth and Youth Employment hailed the good relations existing between Guinea and the United States in general and the Peace Corps in particular.

The new Volunteers who have been sworn in to serve for two years will work in public health and agroforestry with their Guinean counterparts in the benefit of host communities across the country’s four natural regions.