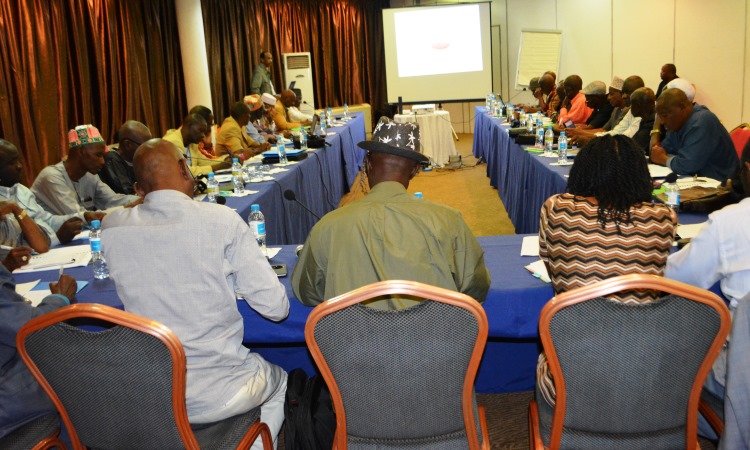 On Wednesday, July 5, 2017, at the launch of the USAID-funded project, “Supporting the Global Health Security Agenda,” (GHSA) which aims to fight against zoonotic diseases and strengthen animal health in Africa, the Guinean government confirmed the presence of a national plan to monitor for brucellosis in cattle, sheep and goats. Government representatives also shared information on the evaluation of the networks used to monitor animal diseases in Guinea (REMAGUI). On this occasion, the Minister of Livestock and Animal Production, His Excellency Mohamed Tall, stated: “This project is a real opportunity for the human, animal and environmental health sectors to improve epidemiological data and to refine the strategy in fighting brucellosis in our country”. FAO Representative to Guinea, Mr. Isaias Angue Obama Oyana, and USAID’s GHSA Advisor, Tamar Bah, also participated in the opening of the workshop

Brucellosis is a contagious disease that affects livestock. It is caused by bacteria of the genus Brucella, which affects cattle, pigs, sheep, goats, camelids, dogs and other ruminants.