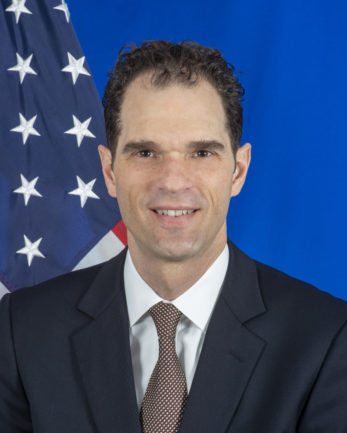 Audu Besmer, a career Foreign Service Officer since 1999, assumed the role of Deputy Chief of Mission at the U.S. Embassy in Conakry in August 2019.  His prior overseas assignments include Management Officer in Togo, a detail to the Treasury Department as Deputy Financial Attaché in Japan, and postings at the U.S. Embassies in Zimbabwe and the Dominican Republic. In Washington, Mr. Besmer has served in the Department of State’s Office of Monetary Affairs and as Deputy Director in the Office of Investment Affairs. Originally from Connecticut, Mr. Besmer holds an MA in International Affairs with an emphasis in economics from the George Washington University, and a BA in Philosophy from Occidental College.  He is married, and has a daughter.