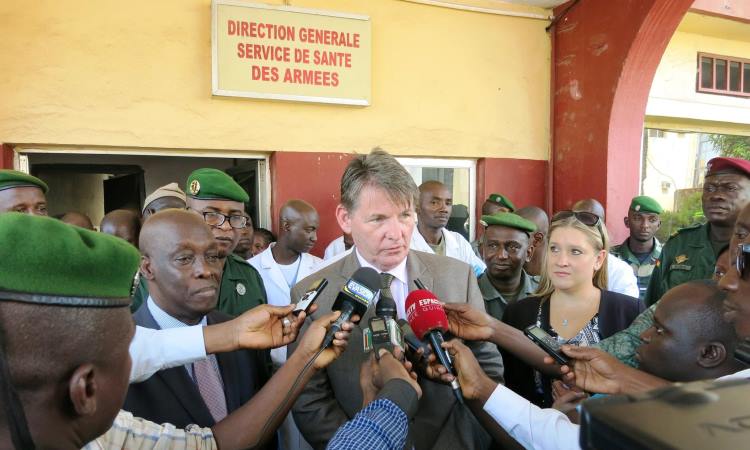 On April 13, 2016, Ambassador Hankins presented medical equipment to the Armed Forces of Guinea at a ceremony at camp Samory Toure, attended by the Minister of Defense Mohamed Diane. This gift was made possible by an HIV/AIDS prevention program implemented by the U.S. Department of Defense.

Ambassador Hankins said the United States are proud of their role in helping Guinea combat the spread of HIV/AIDS, and added that one of the priorities of the project is to provide infrastructure and equipment for HIV/AIDS testing, care, and treatment for all of Guinea’s military.