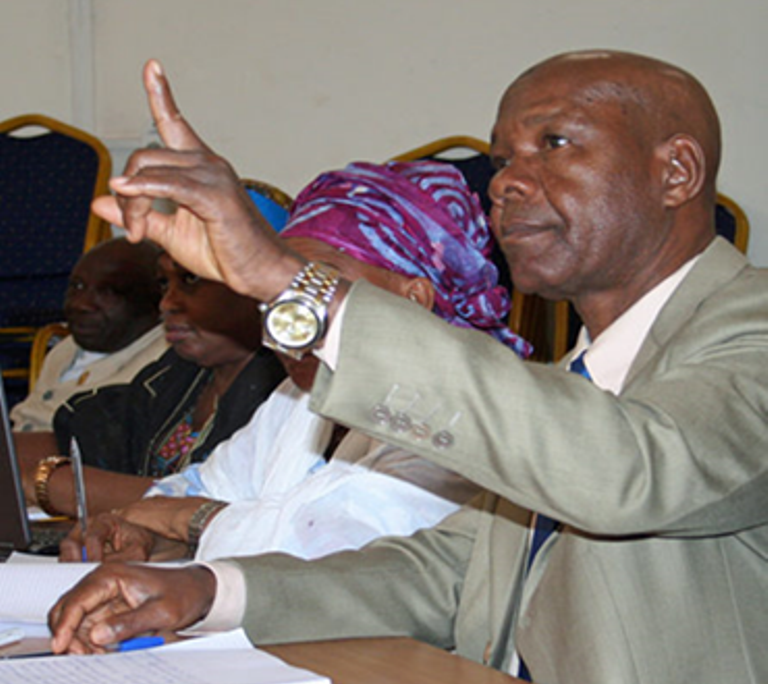 May 2017—In Guinea, a country that has some of the lowest health indicators in the world, strengthening the Ministry of Health is important to improving health outcomes. And so is increasing the involvement of the National Assembly in health care budgeting as it represents the needs of the populace.

USAID’s Health, Finance and Governance project (link is external) is working with the ministry and its partners at the national level to build a more transparent and efficient health system, focusing on governance and institutional strengthening. The goal is not only to improve the ministry’s ability to provide better health services, but also to better respond to crises such as the 2015 Ebola outbreak.

An important partner in this effort is the Health Commission of the National Assembly. In November 2016, USAID facilitated a series of workshops for members and staff of the commission to help them understand the national health budget and its implications for the health system. The workshops have also helped them to provide critical input on the ministry’s priorities and programs. As representatives of the regions and communities most affected by the challenges in the health system, members of the commission are an important part of the solution.

Using the skills gained in these workshops, the commission held budget hearings, during which the minister of health and his senior staff discussed the health component of the national budget with commission members. As a result of these deliberations, the final budget contained a 2.4 percent increase in health funding over the government’s original submission. This level of positive engagement with the Ministry of Health is rare in Guinean politics, and was supported by all parties represented in the commission.

“Members of Parliament are not fully equipped in budget analysis—I am a medical doctor,” said Dr. Ben Youssouf Keita, a member of the commission. “This training initiated by USAID will enable us to better fulfill our mission of controlling government actions and passing laws in defense of the interests of the people.”

The Ministry of Health has committed to regular consultations with the Health Commission moving forward as it develops future budgets and programs, and USAID has received requests to expand the budget training to all permanent commissions of the National Assembly—recognition of the Parliament’s growing role within the budget cycle.

With continued support from USAID, the Health Commission is also expanding its efforts to oversee the health system, developing an ambitious, year-long plan of monitoring and oversight activities in Conakry and throughout the country. The plan will include joint activities with local communities and civil society groups to identify and support ways to expand citizen access to health facilities and services.