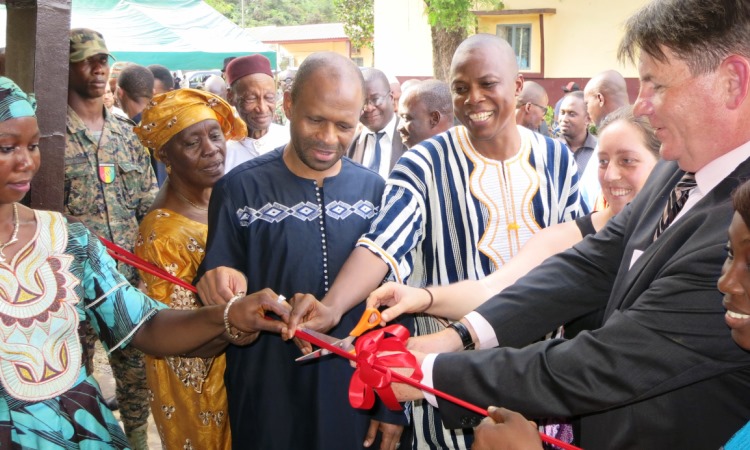 Ambassador Hankins and the Ministers of Higher Education and Scientific Research and of Culture, Sports and Historical Preservation were pleased to join the National Museum Director and staff in a special opening of the exhibit “Archaeological Explorations of the Rio Pongo.”    After the ribbon cutting, Fulbright Specialist Kelly Goldberg gave a tour of the historical artifacts collected during excavations which began in 2013.  The exhibit, which is open to the public, highlights the importance of preserving the past in order to better understand the future.

American archaeologists, working with the heritage department and the National Museum, conduced excavations in historic villages of the Rio Pongo region, researching traces of the transatlantic slave trade.  The first collaboration between University of South Carolina and the Guinean Ministries began in 2012.