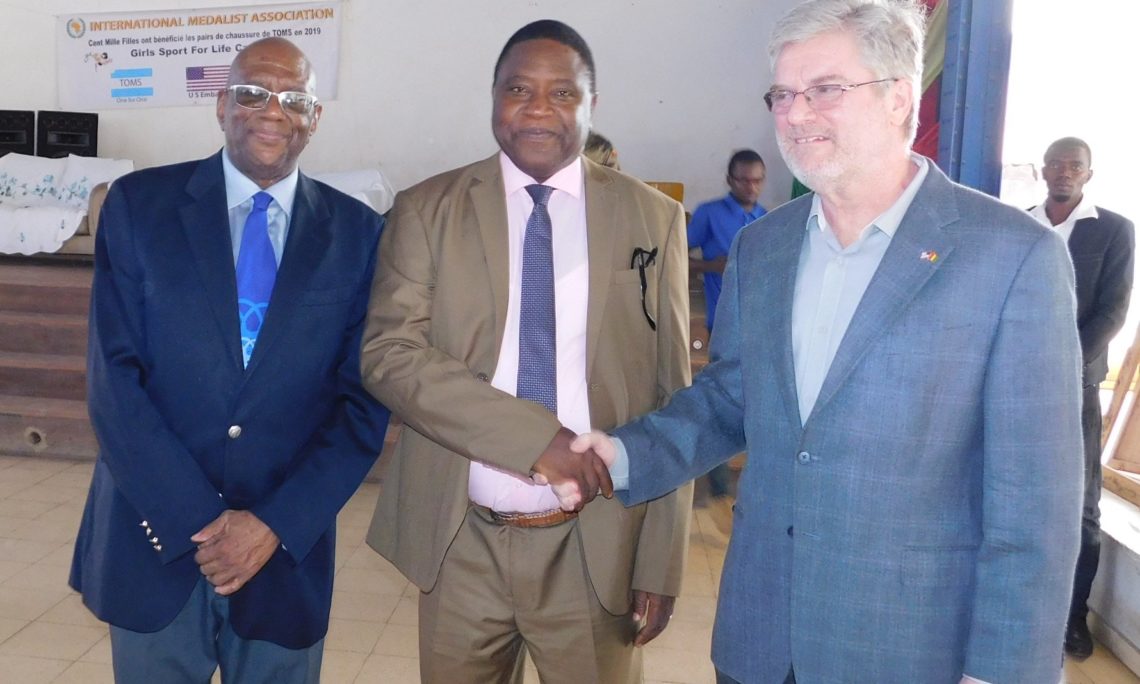 Ambassador Simon Henshaw and Minister Mory Sangaré participated in the donation of the 100,000th pair of TOMS shoes to Guinean students on March 16 at the Blue Zone in Kaloum.

American Olympic gold medalist Ron Freeman began distributing the shoes in Guinea in 2016, and through his NGO International Medalist Association, has been helping young people in Guinea since 2001.

U.S. Embassy Conakry supports his efforts to encourage children, particularly girls, to participate in sports, including Double Dutch, because it instills a sense of self-esteem, teamwork, and perseverance.