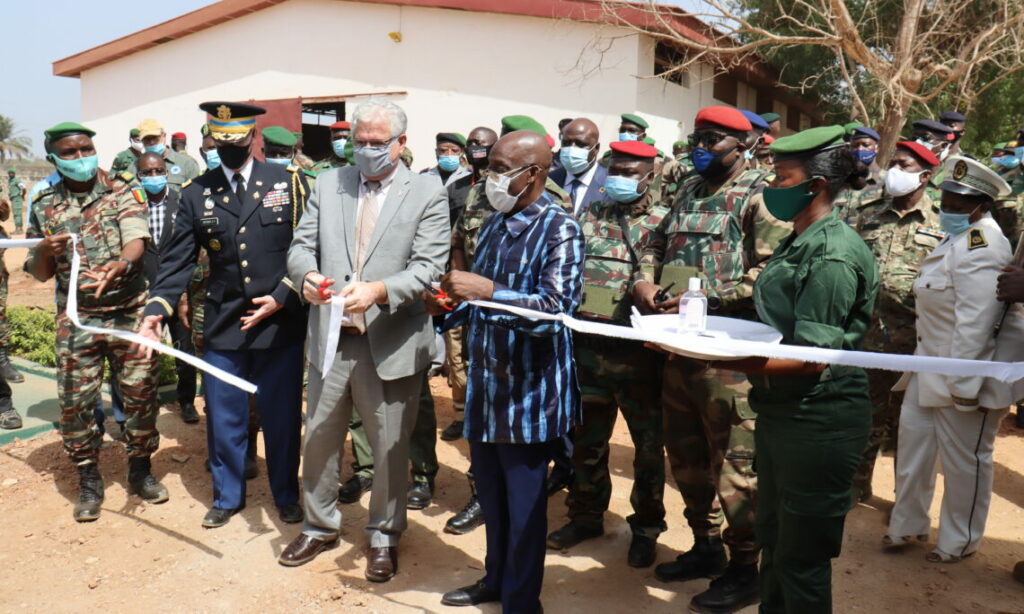 Your Excellency the Minister of State for Presidential Affairs, Minister of National Defense, Dr. Mohamed Diané,

It is an honor and a privilege for me to be here today to mark the start of the training of the 7th Battalion, Gangan 7, which is preparing for the deployment of the United Nations Multidimensional Integrated Stabilization Mission in Mali, better known as MINUSMA.

Today, on behalf of the Government of the United States, I am honored to officially hand over the newly constructed military barracks and medical clinic to the Minister of State and the Guinean Armed Forces.

These $2 million infrastructure projects are just part of more than $15.8 million in US funds supporting the Guinean armed forces in their contribution to regional security in West Africa.

This year marks the seventh year of partnership between the United States and the Republic of Guinea in training and preparing the Guinean Armed Forces for deployment to MINUSMA.

Your Excellency, Minister of State,

However, for the first time, trainers from the peacekeeping training center, under the leadership of Colonel Sadiba Coulibaly, successfully conducted pre-deployment training without additional support.

This demonstrates that the investment in training support by the United States has reinforced the gains made in reform and professionalization over the past seven years by the Minister of Defense and the Chief of Staff of the Armed Forces.

I would like to acknowledge these trainers for the excellent work they have done.

Despite the dangerous and sometimes fatal challenges, Guinea continues to support the United Nations in stabilizing one of the most dangerous areas in Mali with the deployment of approximately 850 troops each year for the past six years.

On behalf of the United States Government, I would like to pay tribute to the 16 Guinean soldiers who have lost their lives in Mali since 2013.

These losses are a continuing reminder of the serious danger inherent in the MINUSMA mission, as well as the tenacity of those who want to sow chaos and violence as the UN attempts to restore peace and stability in Mali.

The U.S. Government thanks and commends the people and government of Guinea for Guinea’s continued commitment to peacekeeping operations, a strategic priority you share with the United States and our allies.

We have recruited some of the most experienced and knowledgeable trainers in the U.S. to come and prepare you for your next deployment.

This is part of our commitment to accompany the Guinean government in the implementation of UN peacekeeping operations, through the State Department’s Global Peace Operations Initiative office.

The training you will receive is very important because you will be deployed in one of the most dangerous places.

Your dedication to this training is a duty you owe to yourself and to your fellow students.

I wish you good luck in the preparation of this mission.

Thank you very much.