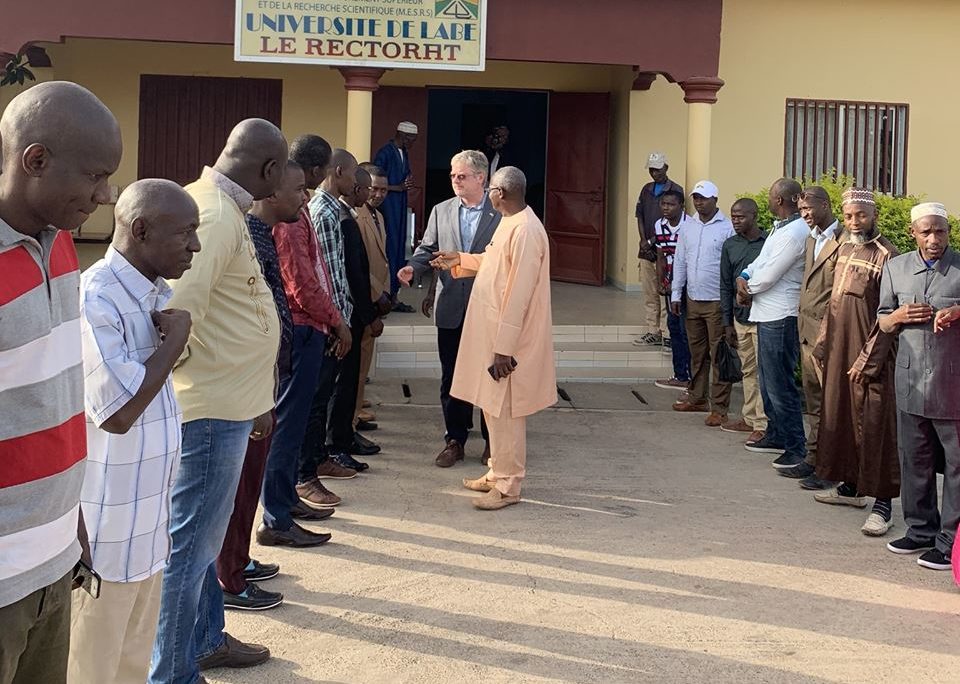 The Rector Mamadou Dian Gongore Diallo and the leaders of the University of Labe welcome Ambassador Simon Henshaw.

Through the Ambassador’s Self Help Fund, U.S. Embassy Conakry provided support for the modernization of the workshop and the store in 2006. Then, between the two rounds of the 2010 presidential elections, the workshop was attacked and burned.  In order to help the shoemakers maintain their livelihood, U.S. Embassy Conakry provided a second grant in 2014 for the reconstruction and rehabilitation of the center and to purchase new equipment.

Information on applying for a grant through 2020 Special Self Help Fund is available at: https://gn.usembassy.gov/education-culture/special-self-help-fund/