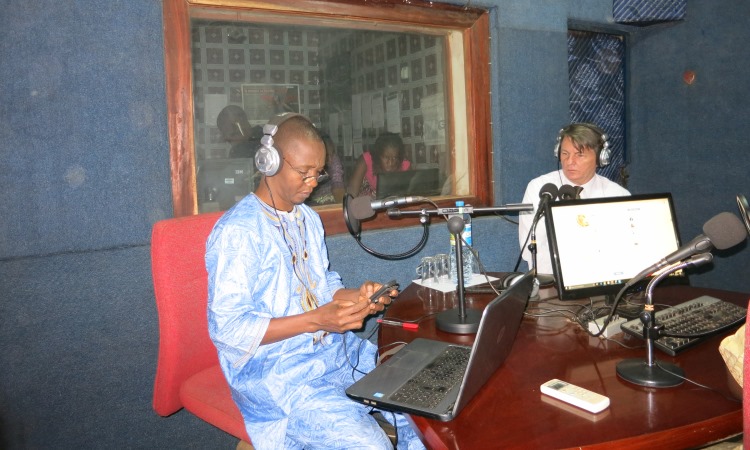 Ambassador Hankins visited Lynx FM this morning and spoke at length about the continued strong relationship between our two countries.  With rising investment by private U.S. companies as well as continuing cooperation on issues including economic growth, security, agriculture, health and education, Ambassador Hankins is optimistic about future bilateral relations.  While priorities are sometimes adjusted after a U.S. election, the U.S. democratic tradition supports a smooth transition from one party to another.  During his 35 years of government service, the Ambassador commented that issues of stability and economic prosperity remain constant.  The Ambassador also addressed the subject of deportations of incarcerated Guineans in the U.S.  “There are approximately 55 Guineans who have completed prison terms or been detained for immigration violations and are now subject to deportation in the coming months.” The Ambassador underscored that this is bilateral process, with both Guinea and the U.S. holding the same international standards.