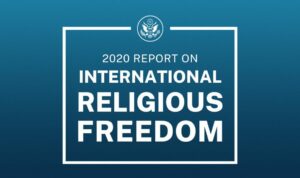 The State Department has worked with countries around the world for decades to strengthen respect for human rights globally. This commitment reflects core American values and internationally recognized standards of human rights applicable to all countries. These values and standards are enshrined in the Universal Declaration of Human Rights and the International Covenant on Civil and Political Rights, documents to which both Guinea and the United States are signatories.

Societies that respect and defend human rights and fundamental freedoms, democratic institutions, and the rule of law are more stable and secure. Promoting and protecting human rights at home and abroad is a priority that furthers our national interests of stability and democracy. The United States does not claim to have all the answers; we recognize that we have work to do as well and the will to do it. We are committed to the goals of our founding principles and to creating a fairer and more just society, and believe we are strengthened by debate on how best to achieve these goals. We welcome honest conversations with governments and the public across the globe on these issues in the United States and other countries.

About the 2020 Report on International Religious Freedom

The State Department’s guiding principle is to ensure that all relevant information is presented as objectively, thoroughly, and fairly as possible.  Motivations and accuracy of sources vary, however, and the Department of State is not in a position to verify independently all information contained in the reports.  To the extent possible, the reports use multiple sources to increase comprehensiveness and reduce potential for bias.  The views of any particular source are not necessarily those of the United States government.  The report is designed to spotlight examples of government and societal action that typify and illuminate issues reported in each country.  Specific inclusions or omissions should not be interpreted as a signal that a particular case is of greater or lesser importance to the U.S. government, or that a case is the only available example.  Rather, the goal is to shed light on the nature, scope, and severity of actions impacting religious freedom through illustrative examples.